Repair, Clean Up and Hold the Line

We’ve been considering the purchase of a new dinghy now for a few years and keep putting it off for reasons of the cost or because we were able to extend the old dinghy’s life with a stop gap repair. The problem has been that ever since a Canada cruise several years ago when I went fishing in the dinghy, little pin holes from fish flopping around on the inflatable deck developed. Repairs at the time seemed to work but in the last couple of years either the repaired leaks and or new ones have developed so that the floor doesn’t stay inflated for more than a week or so. That’s not good if you suddenly need to abandon ship. 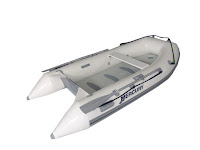 It was my wife who thought up the idea to just replace the floor. The outer tubes are rock solid so maybe that was a possibility. Contacting Mercury HQ I found out that there is a replacement floor available for about $450, a far cry from the cost of a new dinghy. And as every penny counts I decided to go ahead and order the part through the local Mercury dealer—Cap Santa Marine in Anacortes. More about this in a future blog as it will be about a week before the part arrives. So, the hope is that this, though another stop gap remedy, will hold off the need for a new dinghy another few years. Cross your fingers! 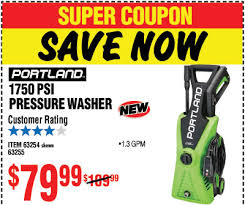 I have been frustrated for a long time with having to haul our heavy gas powered pressure washer down to the boat every time I need to do a heavy cleaning. In an ad the other day Harbor Freight listed their 1750 psi electric pressure washer on sale for 20% off, only $80. I took advantage
of that and the new washer is assembled and fits perfectly in our dock locker between uses. It’ll get pulled
out for its first use very soon. 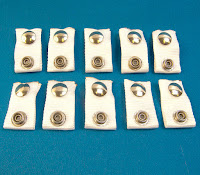 Finally, we have had a problem with a canvas repair done by a local canvas shop for some time. When they replaced the windows a few years ago after sun and time had cracked them, the repair worked fine for a season or so, then suddenly the canvas shrunk so that it no longer stretched far enough to allow the snaps to meet between the boat and canvas. This allowed the canvas to flap around bouncing off the cap rail rubbing it raw in places. My fix was to purchase snap extenders which add  an inch or so to the canvas allowing it to be secured to the boat. It’s quieter in windy conditions and causes less wear and tear on the cap rails and canvas. As for that canvas shop? I found another shop which works cheaper and faster AND their quality is much better too. Interested? Try Northwest Tarp & Canvas on Holly Street.
__________________________

The Key of Sea, meanwhile, made a fine show of herself on our first cruise of the season--the Shakedown Cruise to the Cap Sante Marina about 15 nm south of Bellingham. We left the harbor on Thursday, 12 April and aside from a rain squall part way there, we had a very quiet cruise.

I can't say the same for day 2. Friday dawned with gale force winds gusting to 45 MPH. It was a stay in dayand except for brief visits to other boats who had made the journey the day before and a docktail gathering around 5:30, we did just that.

Day 3 was calmer but the rains came. Still several more boats showed up and by 5:30 we were all heading down to the party barges for a dinner of BBQ pork loin and plenty of pot luck dishes.

Day 4 was time to head for home. Happily the day dawned calm and partly sunny. We went out to breakfast at Dad's Diner down on Commercial, a popular breakfast/lunch joint, with some dear friends of ours. Then headed back to the boat for our pre-departure check and farewells to neighbors. The cruise home was as smooth as Thursday's cruise south. Docking went great and we were home and in the shower by a little after noon.

Next cruise? Possibly to Blaine for the SeaSkills Rendezvous or else to points west later in the summer. We have cruises planned for the south sound and to the Gulf Islands of Canada this year.
at 4:41 PM No comments: