So, its been well over a year since I last posted to my blog. Suddenly, I thought, I should get on there and at least let folks know I am still alive. Most who have followed me already know that but anyway I have a few things to say so here I am.

Since you last heard from me a few things have happened. I have all but completely retired from teaching now. For the first few years after "retiring" I was often called upon by the school where I taught for 17 years, to substitute for various folks on the staff. Sometimes for weeks or even months at a time. But as the years have gone by the requests and calls have dwindled until this year when I have been called in only twice. Don't get me wrong. I'm not complaining. It has been a good way to go--fading away a little each year. Now, most of the staff I knew has retired, moved on or quit. So there isn't too much demand for me anyway.

Now, most of my days are spent doing work for the Bellingham Sail and Power Squadron. Since my year as commander . . .oh, maybe I never told you about that. Well, I was made commander back three years ago. It was a blast but had a huge learning curve and by the time I got comfortable with the job, the year was over and I handed the reins over to the next person in line to the throne.

Anyway, as I was saying, since my year as commander I have been the secretary of the squadron, a job I loved doing when I first joined the squadron leadership. Add to that my knowledge of the inner workings of the power squadron and I am more and more often sought out when it comes to matters concerning how and when things are done. I enjoy it.

I am also editor of the squadron newsletter, the Bell Signals, I administrate our Facebook page, am the squadron historian and just finished an entire year planning, organizing and managing the District 16 Fall Conference hosted by our squadron here in Bellingham.

I figured out quickly enough that it was going to take a big team to pull off the conference so I selected a great team of folks to help. The six-person Organizing Committee was a god send. We had a blast planning the event. We visited local potential venues, had lots of planning dinners and in the end we pulled off a great event the weekend of October 28-30, 2016. Another steep learning curve but it did go very well.

Last night at our squadron's annual meeting held at the Bellingham Yacht Club, we elected new officers for the coming year (March to March in this organization). I was re-elected Secretary and Leslie, my wife was re-elected as a Member-at-Large.

We also handed out the Herb Hearsey Awards for Safety, Education, Fellowship and Outstanding New Member (I won the New Member award the year I originally joined. A huge surprise). At last night's annual meeting Leslie and I were surprised to receive the Fellowship award. We were very touched. I suppose it was earned largely as a result of the leadership we provided for that Fall Conference.

Oh, speaking of the Bellingham Yacht Club, many of our friends are members of the yacht club and so a couple of years ago we decided to join. We enjoy getting together with friends there and the club is very nice. It is the center of boating activity in the community and we have enjoyed the reciprocal privileges at other yacht clubs when we travel and when looking for moorage for the boat on our cruises (the reciprocal clubs often offer free or near free moorage for the night which can save you a lot of money over time).

Oh, another bit of news....We have been sub-leasing a slip for our boat, the Key of Sea for the past 7 years, In September we were contacted by the Port of Bellingham with the news that a permanent slip was available in the harbor if we wanted it. We quickly accepted it. It is a 36 foot slip. Perfect for our boat. It means paying about $100 less a month for that moorage. Plus we can't be booted out anytime the company we sub-leased from decided to do so. And we don't have to pay to 10% add on the sub-lease businesses charge for the privilege of sub-leasing. And we are now off the $25 a year wait list which the port charges,

So, all in all we are in a much better place for the boat and our budget. We moved the Key of Sea over to the new slip September 1,2016. She now sits at Gate 6, slip M1. We are the first boat on the left as you go through the gate. Perfect!

The Key of Sea is winterized right now which we're glad we did this year especially since it has been a very cold one. Temps have been below freezing for weeks this winter which can be tough on a boat and you wind up with some costly repairs if you haven't taken some precautions.

Since the last time I wrote another HUGE turning point in our lives has happened. Back in February of 2015 our daughter Kate and her husband Nick presented us (did I just say presented us? Sounds so old fashioned) with a grand daughter--Evelyn Elise Abbott. Evie, as she is known, is the wonder and  sweet treasure of our lives. Why didn't someone tell us how great it is to be a grand parent a long time ago? Don't know what we would have done about it but WOW! are we having a ball with this little lady.

She has her 2nd birthday coming up and we just celebrated her first real Christmas recently. She is in awe with the concept of Santa and we have played it to the hilt. Watching the wonder in her eyes has been such an emotional experience for both us. She is such a sweet little lady. Her mom and dad are wonderful parents and have been so generous with the time they give us with all of them to share in Evie's growing up.

We are so looking forward to taking her to Disneyland and on outings on the Key of Sea and so many other experiences.

On to a new subject. Replacing this damn computer system. Started with a new printer  a couple of days ago. I replaced an older HP printer that stopped doing certain functions, not the least of which was scanning; a very important function with my work on the squadron newsletter. So off I went after doing some on-line research to see what could be found in local stores. My first stop was at Costco and there it was. A printer I had noticed had good ratings on-line and was not an HP which I had heard from several sources was not as reliable as it once was. So, what the heck. Oh, and it was $50 cheaper than any place on line. I let the sales guy talk to me about it a while before saying I'd take it and let him pull it down and put it in my cart. $109 bucks plus a package of replacement ink and I was out the door. 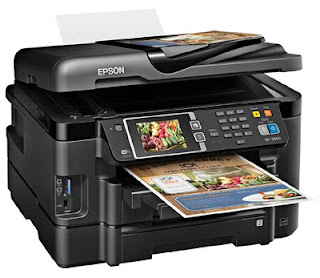 It has some nice features including wi-fi and two paper trays, an auto tray on top lets you quickly print docs and so far it is working very well.

Next, a search for a cpu to replace the dying one next to my left knee. It is an older HP and is taking longer and longer to boot up. Sometimes it forces me to restart it again because the little blue circle just keeps spinning. I have backed everything up on both a 1T external hard drive and on my laptop. o if it goes I won't loose much. Looking at Dell products this time since folks who've bought lately keep bad-mouthing the HPs. I'm thinking along the lines of an Intel i5 with a terabyte of storage and so on. Maybe in the $500-600 range. Don' t want to spend too much since they just seem to last a few years before you have to start looking again. I wish I could find a local company that custom builds them like the last computer I had. It was great and easy to replace parts on or upgrade since nothing was proprietary. Unfortunately, the only place in town that does build them doesn't have a good reputation.

Well, I have finally run out of something to say. That won't last long. Until next time. Cheers!