Just back from a week-long trip down to the Oregon Shakespeare Festival in Ashland, Oregon. We generally attend nearly every year to take in as many shows as we can. We hadn't been in a couple of years so we decided it would be our Spring Break destination. We've been attending this Festival since the mid 80's when we took our daughter for the first time.

On our way down we made an overnight stop to visit the fam in Seattle. Any excuse to see our granddaughter, Evie. Nick cooked us one of his famous Sunday Roasts which was a whole roasted chicken and potatoes the way his grandmother taught him to make them. I can't tell you exactly how he does it but they are amazing. He also makes a gravy to pour over everything and a veg on the side. Great dinner! 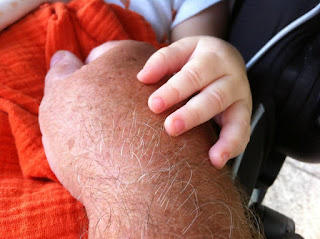 The next morning (Monday) we headed south for Ashland. There are no shows on Monday so it is a good travel day to arrive there and then get a good night's sleep before taking in a show the next day. We have stayed in the same Choice Hotel in south Medford for many years. Inexpensive but well maintained. It is in a great location, too. Right behind the Harry and David's outlet store and next to old Highway 99 which we use to drive the 10ish miles into the heart of Ashland.

When we arrived Monday late afternoon, we decided to have dinner at Mexican restaurant we'd discovered on-line. It was the number 1 rated Mexican place in town so we headed over. El Molcajete Mexican Grill turned out to be on the same street as our hotel so it was a quick drive over. Very good food. Good enough that we went back again before leaving for home at the end of our stay. When you sit down they sere you the usual chips and salsa but also sit a plate of frijoles in front of you.

Our first show was Julius Caesar. It was a disappointment. We have not been very impressed with a lot of the Shakespeare productions in Ashland for quite a few years. Actually, about the time the new artistic director arrived. I'm not sure if it is poor directing or poor acting or both but the acting just seems uninspired, as if the actors had no idea how to deliver a Shakespearean line. Which was odd considering the next show we saw.

Day 2 we spent the day stopping by some of our must do places in the Medford and Ashland area. We always walk over to the Harry and David's store and always find some great bargains, too. A stop at the Rouge Valley Creamery in Central Point as well as Lille Belle Farms Chocolate which is right next door to the creamery are aslo a must. The creamery is famous for its bleu cheeses and Lillie Belle its handmade chocolates. Often times we can buy the Rouge Valley Blues at the Harry and David's store cheaper so we always check there first.

On this trip we also discovered that the Dagoba Chocolate factory is in Ashland, so we made a stop there and stocked up. Great sampling there, too.

That evening we attended Shakespeare in Love which was brilliantly acted! It followed the film pretty closely with a few adjustments for the stage, but it was so good.

Our final show was Mojada: A Medea in Los Angeles. This adaptation of Euripedes' Medea follows an immigrant Mexican family across the border and then as they attempt to adapt to life in America with some tragic consequences. It was superb!

So, two out of three ain't bad. We rejoined as members while there which gives certain priviledges including use of the member's lounge and a chance to purchase tickets early each year. It also allowed us to return our tickets to the fourth play we'd intended to see but decided to head towards home early because we wanted to get back for a concert Kate was doing with Choral Arts NW.

Heading north, we made a pit stop ata place we'd only recenty read about in a travel magazine. The Heaven On Earth Bakery in Azalea, Oregon could easily be missed if you aren't looking for it and quite frankly, the place is pretty dumpy. But the baked goods are very yummy! 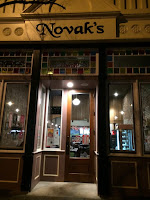 We stopped in Albany for the night for two reasons, so we'd have a shorter drive the next day to Seattle, and to eat at Novak's Hungarian Restaurant! 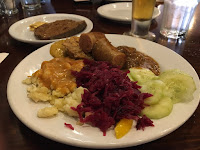 We've been making stops here for many years following the restaurant to three different locations. It is currently in downtown Albany, in a great old building. Perfect for the old world style food they serve. We highly recommend it.

Finally, arrived in Seattle after a hellish drive through several stop and go sections of I-5 which all turned out to be accidents. We stoped at Fred Meyer to put up dinner fixings--a whole chicken, an onion, carrots and yams to make a roast.

Had a fun afternoon playing with Evie while dinner cooked, then headed to Everett where Kate's concert was happening. Enjoyed the concert despite it being 3 hours long. It was a Passion written by a local composer who had been commisioned by the choir to write it. It was based on the writtings of Rudyard Kipling whose son was killed during WWI. Very moving in places. Sad, but it was nice to be able to be there to support Kate in something she loves to do.

As the concert wasn't over until 11:00, we didn't arrive home until well after midnight. We poured ourselves into bed and slept very well after a very long, happy day.